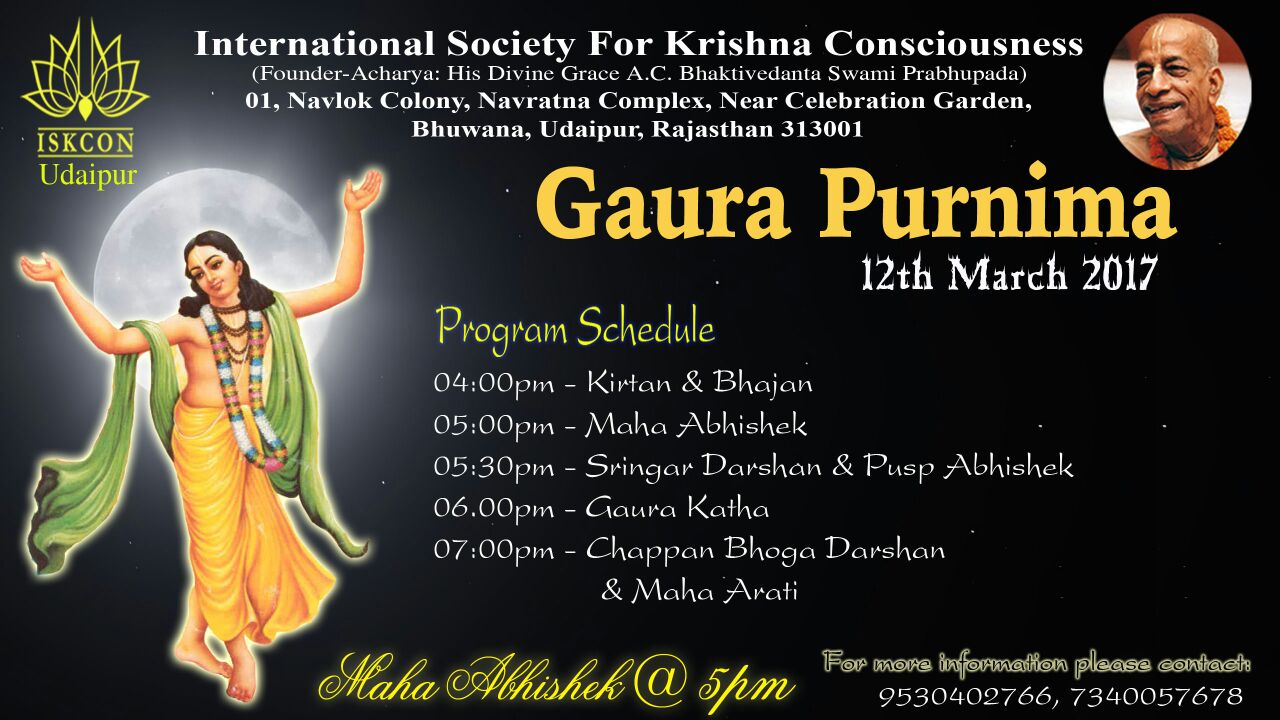 With great pleasure, ISKCON Udaipur invites you all to celebrate the appearance day of Lord Shri Chaitanya Mahaprabhu. The Supreme Lord Sri Krishna appeared as Sri Chaitanya Mahaprabhu to establish Sankirtana (chanting of the Holy Names) – the Yuga Dharma for this age of Kali. He appeared on Phalguni Purnima, the full moon day in the month of Phalguna, (Feb-March) in the year 1486 AD (1407 Shakabda) at Sridham Mayapura as the son of Sri Jagannath Mishra and Srimati Sachidevi. His parents named him Nimai since he was born under a nimba (neem) tree in the courtyard of His paternal house. His appearance day is celebrated as Gaura Purnima. This year, Gaura Purnima falls on 12th March, 2017.

The details of the program are as under: 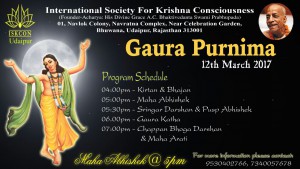 Location Map: How to reach?